Welcome to Part 2 of Skiing crash course for beginners introduced by SkyTechSport. Now that we have tried a few exercises and are comfortable maneuvering around the room in our ski boots, let’s get familiar with the basic elements of manipulating the skis themselves.

In this lesson we will be introduced to elementary Skills Concept set that is necessary to identify your level and to improve unfamiliar movement sequences more effectively. We will also go through Skills of Alpine Skiing: rotational control, edge control, and pressure control. Keep in mind, that your Athletic Stance is very important and is both a source and outcome of effective movement. Knowledge of these three skills – edge control, and pressure control, and rotational control – are integral to all turns, and they are essential for maintaining balance. These skills provide a clear framework to analyze the action of the skis on the snow and the skier’s movements to accomplish these actions. Sometimes getting familiarized with a completely new skill might seem intimidating. But we try to break it down for you in a simpler terms so that together we build and expand our knowledge one building block at a time. If you find yourself lost in the lingo, we have a quick vocab list for your convenience at the end of each article. Now let us get to it.

Edge control refers to tipping the skis relative to the length or longitudinal axis of the skis. In other words, skiers use this action to increase or decrease the ski-to-snow angle. Edge control is the ability to tip the ski onto its edge and adjust the angle between the base of the ski and the snow. This angle has a significant impact on both speed and direction of travel. If you’ve ever seen people skiing downhill, you’d notice that they go in a serpentine manner. This is achieved by tipping the skis to the right or to the left.

Lateral movement of the body (side-to-side) is required to balance against the forces that act on the skis when they are tipped on edge. Inclination and angulation are terms that are commonly used to describe body movements relative to the edge control skill.

Inclination occurs when there is deviation from a vertical position. In skiing, inclination is the general term for any lateral movement of a skier toward the inside of a turn.

Angulation refers to movements that create angles between body parts. Two types of angulation are commonly used in skiing:

Knee angulation refers to the appearance of angle created at the knee joint. Knee angulation, while present in most turns, is most apparent in shorter turns where the forces are not long-lasting, or in instances when greater edge angles are required at slower speeds. The knee joint has little lateral movement, especially when the leg is straight. In this respect, knee angulation is mostly a result of lateral and rotational motion of the leg combined with bending the knee joint.

As forces increase due to greater speed, hip angulation keeps the body in stronger alignment, although slight adjustments in knee angulation can be used to fine-tune edge angle. Knee Angulation is the first edge control movement developed on the SkyTech Sport Ski Simulator.

Hip angulation refers to the angle created at the hip joint. It allows a skier to adjust edge angle while maintaining balance toward the outside ski as forces increase in a turn. This type of angulation is most apparent through the shaping and finish phases of turns. On the Simulator, Hip Angulation will be developed as speed and intensity increases.

Just a quick reminder that the feel of balancing on skis in motion and the understanding of edge control will come in time. If you are ready to jump on your skis and try going downhill, we’d suggest to get an instructor, a protective helmet and a protective costume, and choosing a flatter slope to begin your training. If none of those are available at once, you are more than welcome to contact us at SkyTechSport and find out if you have an indoor Ski Simulator in your city to set up regular visits to. As a beginner, you will feel the affects of gravity, momentum, understanding balance and athletic stance in a safe environment under a professional supervision. As your abilities improve you might want to try more challenging options and patch up some unworked group muscles. The more you repeat proper way of skiing, the better you build up your technique and the more stamina you’ll have for the next training. On another positive side is the release of dopamine after your training session is completed. This Stimulator doesn’t just train you to be a good skier, but a healthier happier person too. If you get a chance, check it out yourself.

Otherwise we will continue with this chapter in Part 3 and dig deeper into skiing techniques on the snow.

Alpine skiing: The term used to distinguish downhill skiing from its nordic counterparts. This type of skiing evolved from nordic skiing with the invention of ski lifts and fixed-heel bindings.

Angulation: Laterally tipping the body relative to the slope while creating angles between various body parts, primarily at the hips and knees; used to adjust platform and edge angles, and to counteract forces, especially in short-radius turns. Examples are hip angulation and knee angulation.

Axis: A line about which something rotates; a reference line for human movement.

Carved turns: To make turns with minimal skidding by tipping the skis on edge and allowing the shape of the device to create a turn with minimal lateral slipping or skidding. Carved turns display clean, long arcs in the snow as the entire edge of the ski passes through the same point in the snow. A skidded turn, by contrast, utilizes more muscular rotary movements to cause the ski to turn.

Edge: A metal strip inserted between the base and the core on the side of a ski; the edge can be sharpened, allowing a skier to slice through hard snow and ice.

Edge control: Tipping the skis relative to the length or longitudinal axis of the skis. Skiers use this skill to increase or decrease the angle of the ski to the snow

Force: A push or a pull that acts on a body and changes its position or speed; a vector quantity arising from contact or at a distance. The forces most relevant to skiing are gravity, friction, and centripetal force.

Inclination: Any kind of tipping of a body part relative to the slope. A skier can incline the entire body into the slope (banking) or tip different parts to a different degree (angulation). Inclination is the general term for any lateral movement of a skier toward the inside of a turn.

Lateral: Directed or proceeding toward the side, away from the midline of an object. A person who is standing and steps sideways is moving laterally. 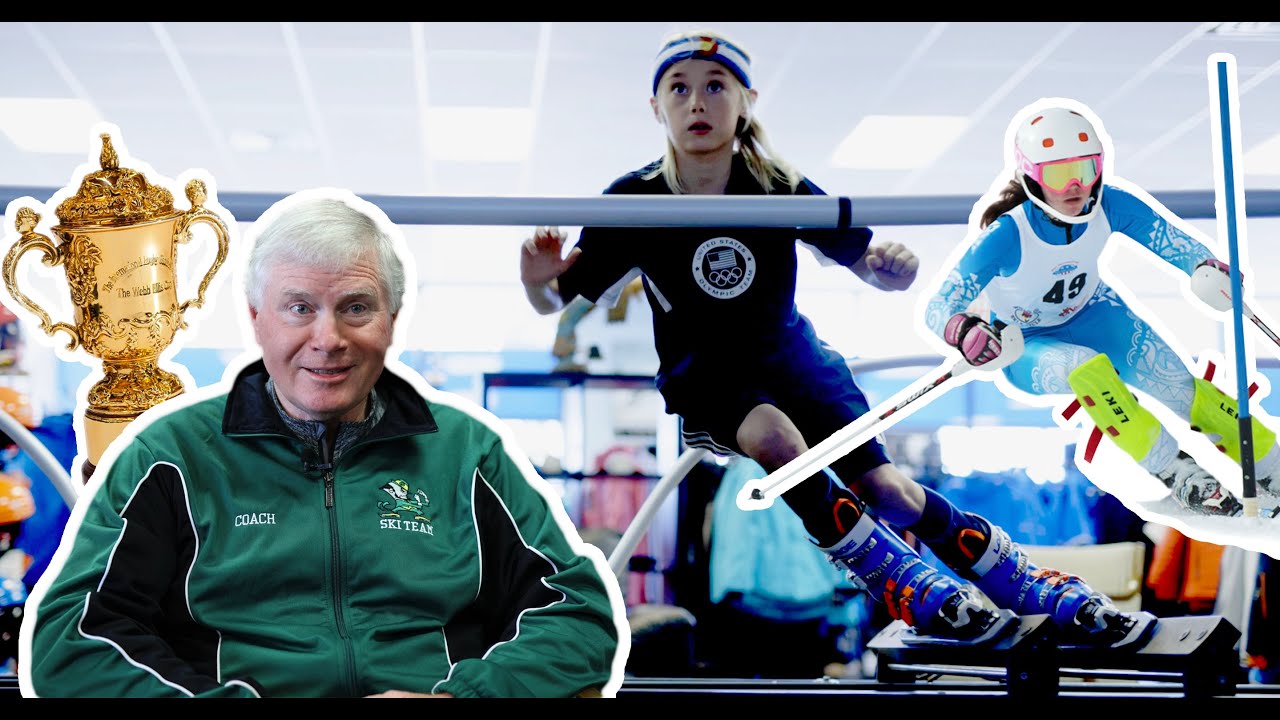